The Strongest Foundation of Success is Failure
Next Video

DeFi’s Regulatory Risk: Should YOU Worry?? 😰 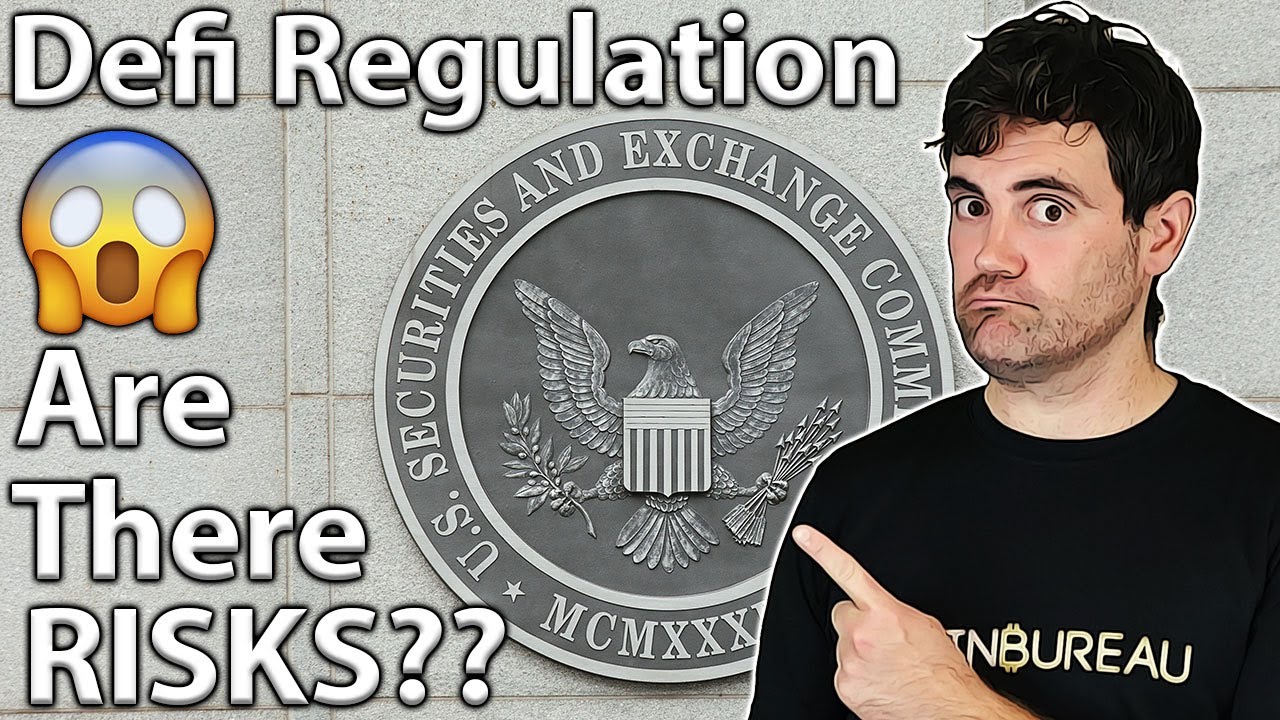 DOJ Crypto Framework: What You NEED To Know!! 🔍

There were a number of recent actions that the SEC brought companies that were involved in illegal token raises. One of the most recent and largest of these was SAFT sales. The SEC asserted that this was an illegal token sale and they told Telegram to give back the 1.3 billion. They also had to pay a fine.

The SEC also took issue with the Kik ICO where they sold KIN. Kik decided to fight the SEC all the way to court and the judge eventually ruled in favour of the SEC. This was one of the first times that a judge used the Howey rule against an ICO.

You then also had the pretty big action that happened over at BitMEX where they were charged with breaching the bank secrecy act. This resulted in both the SEC and the CFTC bringing actions and arrest warrants being issued for the founders. There were also issues raised around potential sanctions violations.

Although you may think that it is decentralised, very few of these protocols and dApps are fully 100% decentralised. This basically means that there are centralised areas of control that the authorities could target should they want to bring it down.

Firstly, there are “God Keys” that these developers could target. These are keys that are controlled by developers which will give them control over the protocol and which means that they could shut it down.

Assuming that the developers are out of reach of the authorities then they could also shutdown the frontend of the site. These will have to be hosted on either a bulletproof hosting platform or on IPFS. This could make it a lot harder to shut these guys down.

Even if the regulators cannot shut down a dex, they can make it hard for people to use them. This is because they can restrict exchanges from allowing any users to send funds to the exchange if they have used a DEX at any point. This is because it is quite easy to track incoming transactions.

Uniswap could be a potential target. This is for a number of reasons. Firstly, they are the largest Dex on the market with the most trading volume. This means that Uniswap can and in fact has been used by some people to launder crypto funds.

Then of course there is another aspect to Uniswap that could raise the ire of the SEC. That is of course that UNI token airdrop. There are many that were musing that this could fall a foul around the rules of regulated security issuance.

Another dex protocol that could be a target is Synthetix. For those that don’t know what it is, it’s a defi protocol that allows user to trade tokenized synthetic representations of other assets (crypto, fiat, commodities and stocks).

This was no doubt a major concern for the developers themselves and was one of the main reasons that they moved to dissolve their foundation last year. They began their steps to a full decentralisation operating on a DAO model.

I don’t think that any sort of regulatory action is likely on either of these protocols though. Enforcing such on already decentralised protocols used by hundreds of thousands is difficult.

The information contained herein is for informational purposes only. Nothing herein shall be construed to be financial legal or tax advice. The content of this video is solely the opinions of the speaker who is not a licensed financial advisor or registered investment advisor. Trading Forex, cryptocurrencies and CFDs poses considerable risk of loss. The speaker does not guarantee any particular outcome.

The Strongest Foundation of Success is Failure

LIL SOULJAH SLIM DROPS IN ON THE DRIBBLE….