Dexter Jackson Opens Up About His Future
Next Video 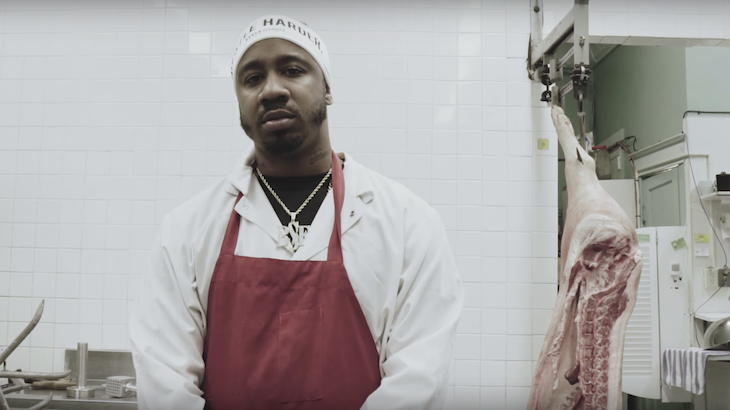 Benny & Conway on How They Met Prodigy & Alchemist

DANEEK SHARES HIS ORIGIN, TASTE IN MUSIC, GROWING UP IN EAST NEW YORK

Last Friday (June 21), Benny The Butcher released The Plugs I Met. The Black Soprano Family LP marks Benny’s follow-up to his acclaimed 2018 album, Tana Talk 3. On this go-round, the Buffalo, New Yorker involved A-list Rap peers including Pusha-T, Black Thought, and Jadakiss, all over-top of Daringer and Alchemist production. Yesterday (June 24), B.E.N.N.Y sat down with AFH TV to discuss the new album, and why there is a major misconception about age in Rap.

On last year’s “Broken Bottles,” Benny rapped, “I heard they sick about me rapping ‘bout the drugs I stretch / I’ma write a whole album ‘bout the plugs I met.” That proclamation delivered in a big way this month through his BSF LP. Of the album theme, Benny tells AFH TV, “I just take you on an up-close ride through my life, East side of Buffalo, through things I been through.”

In the conversation, the artist highlights years of paying dues and preparation to reach this point. Benny (who previously told AFH TV that does not write anything down) began rapping more than 20 years ago, during his early adolescence. While 2018 proved to be a breakthrough year, even the calling-card album was a test of patience and care. “The first release date for Tana Talk 3 was March 2017. I had 90% of the project by then. But we kept chippin’ away, doing more freestyles, more features on Conway and Wes’ sh*t, more tours—just gettin’ more known,” Benny says in the opening minutes of the video interview. “We knew what we had, so we were like, ‘Nah, we can’t put this out like this. We gotta grind a little bit more, get the people’s attention a little more.’ So we waited.”

Dexter Jackson Opens Up About His Future

Benny & Conway on How They Met Prodigy & Alchemist

Admin
15
UserInterface is designed to help small businesses and entrepreneurs grow their brands and network with other business owners. It...

Admin
12
UserInterface is designed to help small businesses and entrepreneurs grow their brands and network with other business owners. It...

Admin
6
UserInterface is designed to help small businesses and entrepreneurs grow their brands and network with other business owners. It...

WARNING: TikTok App Might Be Snooping on Your Bitcoin (BTC) Wallets!

Billyblanco2
1
WARNING: TikTok App Might Be Snooping on Your Bitcoin (BTC) Wallets! Why are TikTok and other apps pulling data from your clipboard?...

FN CURVE TRY ON HAUL WITH ANOTHER BADDIE