Home IDEAS Gucci Mane vs. Jeezy is Verzuz the new WWE Trump Turn up and Have you been stalked online
Previous Video

Gucci Mane vs. Jeezy is Verzuz the new WWE Trump Turn up and Have you been stalked online 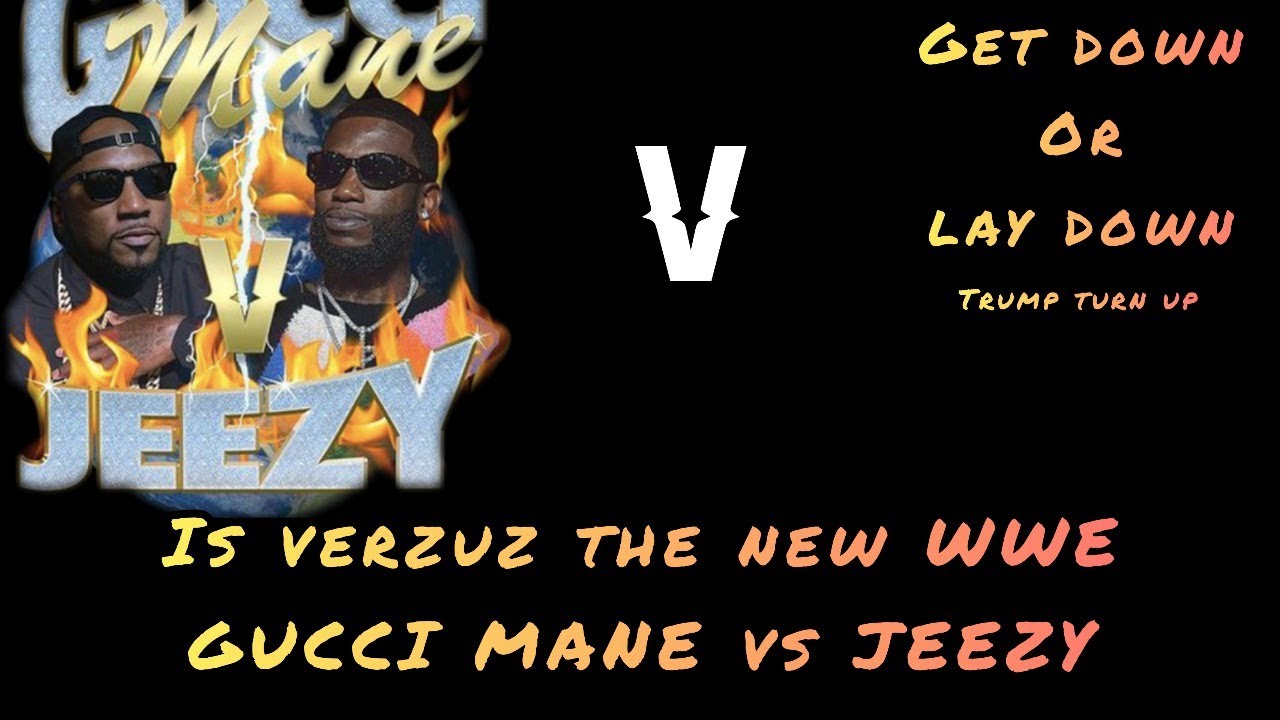 KELSEY ETHERS MEGAN THEE STALLION! – HOW WAS YOUR THANKSGIVING? – TRUTH BE TOLD ALL DAY EVERYDAY

Vicki Dillard names Jemele Hill to the League of Mammies

Gucci Mane vs. Jeezy is Verzuz the new WWE Trump Turn up and Have you been stalked online

Gucci Mane vs. Jeezy is #Verzuz the new WWE Trump Turn up and Have you been stalked online

Originally scheduled to be a contest between Jeezy and T.I., the battle between The Snowman and La Flare was the first Verzuz match-up since Gladys Knight and Patti LaBelle concluded the first season in September. Stacey Abrams appeared via TV screen at the event (held at legendary Atlanta strip club Magic City) to introduce “the battle to end all battles” — which prompted Gucci Mane to ask if the politician could wipe his criminal history clean.

While both rap vets brought their A-games, here’s how Billboard broke down the round-by-round battle — with our overall winner declared at the bottom.

Gucci Mane provoked a ton of “OMG’s,” “LMAO’s” and “NO WAY’s” in the Instagram comments by kicking off the battle with the infamous Jeezy diss track “Round 1,” rapping at his opponent and having Jeezy eventually admit, “I get it, I get it though.” While Jeezy’s Trap or Die intro was rightly hailed as “legendary,” it wasn’t gasp-inducing in the same way.

Gucci kept the energy high with the equally disrespectful “Benchwarmers,” but Jeezy wisely unfurled a track with a much higher pedigree: the Thug Motivation 101 bone-crusher “Trap or Die.” Great counterpunch from The Snowman.

Round 3: Gucci Mane feat. Ester Dean’s “I Think I Love Her” vs. Jeezy’s “Standing Ovation”

“I came out the box like a motherf–king wrecking ball,” Jeezy declared before dropping another Thug Motivation 101 standout, “Standing Ovation,” which was yet another instance of the “classic s–t” Jeezy kept crowing about and enough to overpower Gucci’s “I Think I Love Her.”

With Jeezy dropping yet another TM101 track, Gucci Mane had the more creative selection here with the Trap Back anthem “Plain Jane” — and with Jeezy staying seated for this round, Guwop took over the energy of the battle.

Deep-cut territory for both artists here, with neither seeing an opportunity to pounce and score an easy victory in the fifth round. “Bottom of the Map” is solid TM101 fodder for Jeezy, but Gucci’s “I’m a Dog” matched it well enough.

Here’s where Jeezy’s enthusiasm really picked itself up, with an extended intro speech prior to “Jeezy the Snowman” after another bit of buried treasure from his opponent. “Vette Ride Past” was solid but lacked the urgency that Gucci needed to win the round.