Mercury Retrograde: How to Survive A Three-Week Communication Crisis 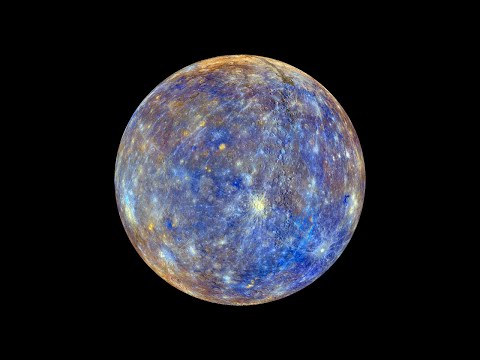 The Residuals of Mercury Retrograde

How does Mercury retrograde affect us?

Mercury Retrograde: How to Survive A Three-Week Communication Crisis

Brace yourself for breakdowns: Communication planet Mercury turns retrograde in Scorpio from October 31 to November 20, 2019. Truth bombs, travel snags, and technology hiccups are on the horizon.

Ever have a moment when everything seems to go wrong? Your data disappears, people argue over nonsense, traffic is hellish, and your computer crashes as you’re putting the final touches on an important document. Flights are delayed or canceled, or you realize you forgot your passport after arriving at the international terminal. Plans change without warning and your friends stand you up. There’s drama, sure…but this is just BEYOND.

Chances are, you’re smack in the middle of Mercury retrograde.

From October 31 to November 20, messenger planet Mercury will be traveling retrograde through Scorpio. Trick or treat? The cosmic trickster will certain have some surprises up his sleeve. The truth inevitably comes boiling to the surface during this phase, as mysteries reveal and skeletons tumble out of the closets.

Mental Mercury also rules the transfer of information, and during this signal-jamming cycle, it’s wise to password-protect all sensitive data and back it up to the cloud. Since Mercury retrograde can disrupt technology, take special precautions with your digital data. Back up all your important files and photos to the cloud. Mercury rules contracts, so think before you ink any deals. Either wrap up important negotiations before the cycle starts, or wait to sign documents until after Mercury goes direct.

Pro tip: To play it extra safe during Mercury’s backspin, keep beverages far away from your computer; this is the time when you could knock over a cup of coffee onto your keyboard or laptop. These are mistakes that can be avoided with a little extra caution until Mercury stations direct.

So what IS Mercury retrograde, really?
Three or four times a year, Mercury passes the earth in its orbit. As it rounds the bend, Mercury slows down and appears to stop (station) and spin backward (retrograde). Of course, it really ISN’T moving backward, but much like two trains or cars passing each other, this creates the optical illusion that one (Mercury, in this case) is going backward.

Rapper TI in hot water over comments about his daughter

The Residuals of Mercury Retrograde

How does Mercury retrograde affect us?